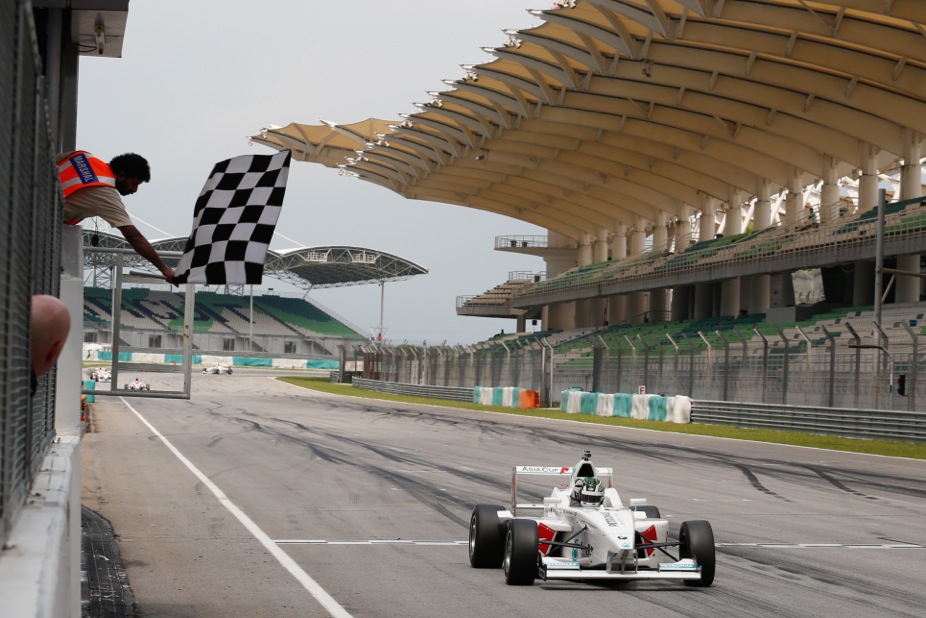 Having only completed five days testing, Daniel Woodroof has quickly proven his racecraft and ability as a potential AsiaCup champion. Daniel was fifth quickest in official practice and qualified third, finishing race 1 in 4th place and second in race 2 before finally taking the top of the podium for race 3.

Says Daniel: “I had one day testing before practice and that helped to get me on the pace and I was very happy with my practice times. I didn’t quite pull all my best sectors together for qualifying but I was happy with 4th. Race 1 was hectic with 4 lead driver changes and I was up to third at one point. It was fantastic to be on the podium for race 2 and in the third race there was a massive battle in front of me between Swanepoel and Zou, and when I saw the chance I took the lead. I am so happy and this Series is fantastic. It is so close up front with the top 3 drivers within a thousandth of a second.”

Peter Woodroof, Daniel’s father says: “it is great to have the AsiaCup Series here at Sepang circuit. It is truly a world class driver development series with global competition.”